Thanks! We’re happy to be on the show!

It’s a pleasure to have you in the studio. I am excited to get started with our interview, could you tell our listeners where you are from?

We’re based in Seattle, Washington. While neither of us is from Seattle originally (Darren is from Maine and Beth grew up all over the world), we both definitely think of it as home.

We have something in common, my birthday is in May and your band name is March to May, so I am a bit partial to the likes of your band name already! How did you come up with this band name?

Haha, that’s great. March to May is actually a reference to the way we formed – we wrote our first song together in March, and decided to move forward as a duo in May. The months are also our birthday months, though! Darren was born in March and Beth was born in May. Maybe you and Beth are twins.

I see you are an Indie Folk Duo, what does Indie Folk mean to you? Do you find yourself going outside the Indie Folk genre box?

The indie folk genre gets at the fact that our musical style is acoustic, has a strong storytelling and melodic focus, and is a bit nostalgic. That said, we think original music can be kind of challenging to categorize, so the genres are often a bit fluid. As for going outside the indie folk box, yeah – although our music fits really nicely with that acoustic, folky sound, we both like a really wide variety of music (including rock, dubstep, pop, reggae, etc.). Our music tastes are pretty eclectic, and what we listen to definitely influences the music we write, though it may not be obvious at first.

How hard is it being a Duo? It must be harder, right? Maybe it is easier because it’s just the two of you and you can rely on each other?

That’s a great question! It’s definitely intense – there’s a wonderful intimacy, trust, and unity of purpose to our music. We’re very supportive, and there’s a lot of care and respect on both sides of the relationship. On the flip side, that great intensity means that it can feel like the end of the world when we don’t agree, since there’s no one else to bring perspective to things. That said, we absolutely love working together – it’s a pretty magical partnership.

We met shortly after Beth moved to Seattle, but had no idea that we both played music until a few weeks later when we were both out on the Washington coast with some friends. We were sitting around a campfire – Darren was playing a song on the guitar and Beth started harmonizing. It was a small thing, but powerful. And then a few weeks later Beth’s harp arrived from Oregon, and we started playing around with what we sounded like together. A few weeks after that, we went on a retreat to Orcas Island to see what would happen if we actually tried to write music together. We wrote our first two songs on that trip (one of which was “Embers”, a single on the upcoming album) and never looked back.

I see you are releasing your debut album on April 25th, you must be very excited. The title is “The Water’s Edge.” How did you come up with the title? Could you also tell us about the vibe of this album?

The title is actually a lyric from one of the songs on the album, “Crazy Universe” – “the wind is whipping waves against the water’s edge, waiting for the tide to rise and fall again.” Both of us are really drawn to the water, and a lot of our songs are inspired by being near the water. It’s also a place of transition – you’ve got the shore and everything that’s familiar at your back, and you’re looking out towards a horizon that’s beautiful but full of the unknown. It’s a place for new beginnings.

What are March to May fans like? Take us back to the days when you started gathering your fan base. What started going through your minds when your fan base started growing?

Our fans are quite eclectic! Just recently a fan was playing one of our songs for her five-year old daughter, and she (the daughter) asked her to play it over and over again. On the flip side, we gained some new followers in one of our earlier shows, when we played at a biker bar in a tiny town in Washington – and they had never even heard music like ours before. We’ve realized that our fans span every demographic, and we can never predict who will like our music. It’s refreshing, because as our fan base started growing, we realized we could play almost any venue, and to almost anyone, and still walk away with some new fans.

Between the two of you, what instruments do you play? What is your favorite and why?

Darren plays guitar, piano and vocals, and Beth plays Celtic harp and vocals. We both love the sound of the harp, as it’s such a unique instrument to hear in this type of genre.

I am in the studio with you, what would I see during this studio session?

A lot of focus, creativity and laughter. We put a lot of time and energy into the process leading up to entering the studio so that we could be as well-prepared as possible, but there’s still magic that happens in that kind of environment. We ended up writing new parts, adding unexpected instrumentation, and just really diving into the experience in ways that can’t happen anywhere else.

What do you think the world would be like without music?

We don’t even want to think about that. But it would probably be a pretty emotionally crippled place.

Who are your music influences? Have you met any of them? How are you inspired by them?

The Civil Wars, The Swell Season, Damien Rice & Lisa Hannigan, Tori Amos, Josh Ritter, Gregory Alan Isakov, Elephant Revival (who we met last year)… the list is really long. We’re drawn to interesting lyrics, strong harmonies, and arrangements that are a bit cinematic, which is why we love the people we just mentioned. That said, we’re inspired by a pretty wide variety of music, from other indie folk duos to rock, dubstep, hip hop, pop, and more. Their influences have a funny way of creeping in.

We co-write all of our songs, so you definitely get a blend of both of our voices and perspectives coming out in the songs themselves, regardless of who’s singing at a given time. “Georgia” was probably the fastest song we ever wrote. Darren already had a guitar part in mind, and when he started playing around with it, it struck a lyrical spark in Beth. The song was done about half an hour later. As for the longest it’s ever taken us, we have a few songs that we started over two years ago that are still works in progress.

Where do you see your music in five years from now? What do you still want to complete?

There’s a lot we want to accomplish! We want to have recorded another couple of albums. We want to be touring, both nationally and internationally. We’d love to see our music used in film. We’d also love to explore collaborations around how our music can be used to support causes we care about. There are so many things on the horizon!

We would love for you to tell our listeners where they can find your music? If you have any special shout-outs, please feel free to do them now.

Our music will be available on our website! That’s really the best place to buy music from indie artists, since it directly supports the musicians rather than third party carriers. That said, our music will also be available on iTunes, Amazon, and all other major carriers, and we certainly won’t be upset if you decide to buy it there.  As for shoutouts – so much gratitude for the musicians who make up our band (Dave, Birch, Tracy and Ben), to Jerry at Bear Creek Studios, and to Michael at MTS Management. We’re really lucky to have great people helping us make this possible. 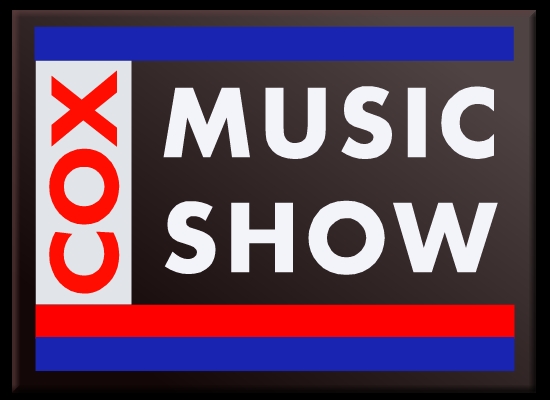